You are here: Home / ACTIVITIES

Under the Patronage of the Tuscany Region.

The Master's trip to Chisinau (Moldova)

Under the Patronage of the Tuscany Region.

Under the Patronage of the Lombardy Region and with the Contribute of the Province of Lecco.

Under the Patronage of the Lombardy Region and the Municipality of Milan.

Under the Patronage of the Province and the Municipality of Parma.

Under the Patronage of the Liguria Region and the Municipality of Sestri Levante.

Visit and Conferences in Russia

For the first time since 2013, in the months of May and June 2018 the Master of Spirituality and life Pier Franco Marcenaro visited Russia again.

May 27: Initiation to the practice of Universal Meditation

June 3: Initiation to the practice of Universal Meditation

June 11: Initiation to the practice of Universal Meditation

Under the Patronage of the Lombardy Region and the Municipality of Mantua.

Under the Patronage of the Province and the Municipality of Vicenza.

Under the Patronage of the Province and the Municipality of Parma.

The Master of Spirituality and life Pier Franco Marcenaro traveled to India, the land of his Master Kirpal Singh, in November, at the invitation of a group of the historic town of Kurukshetra, in the state of Haryana.
In the afternoon of 16 November he gave a speech in the Kirpal Kunj hall and on the following morning he imparted the instructions for Universal Meditation to a group of local seekers.
He then visited Kurukshetra, the site of the epic deeds described in the “Mahabharata”, the longest book ever written in the history of humankind. It describes the great conflict that is believed to have put an end to the Bronze Age, or “Dvapara Yuga”, and started the current Iron Age, or “Kali Yuga”.

Under the Patronage of the Municipality of Bologna and the Region of Emilia-Romagna.

In view of the great interest aroused by the event, a free preparation Course for the practice of Universal Meditation has been organized in Bologna in the coming weeks.

Under the Patronage of the Municipality of Sarzana and the Province of La Spezia.

Under the Patronage of the Municipality and the Province of Alessandria 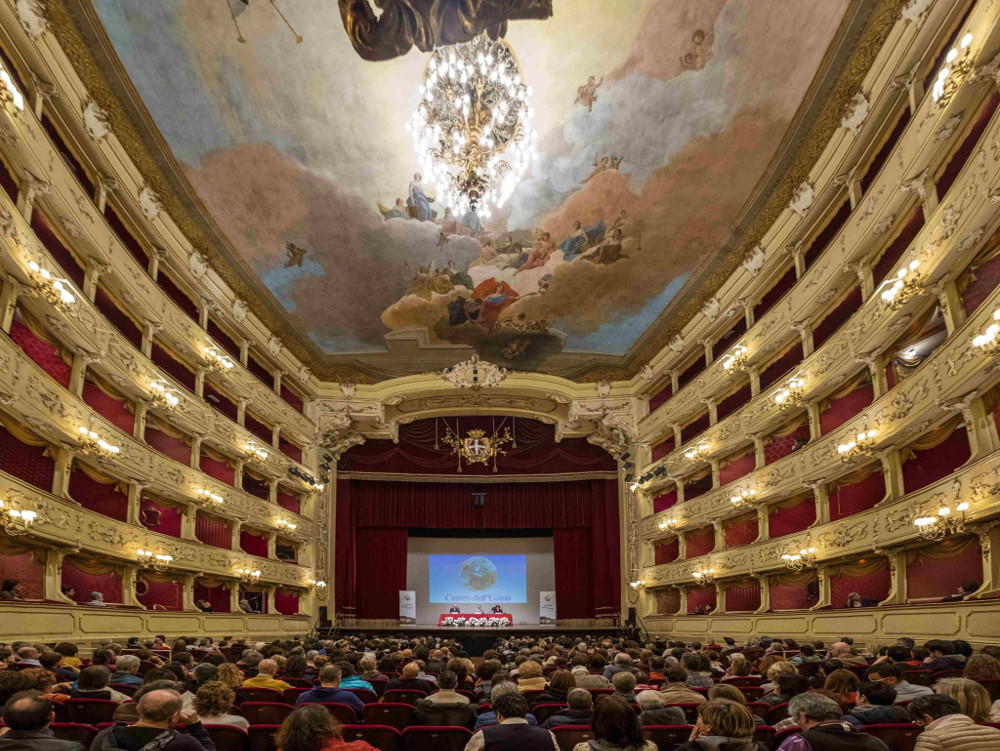 Under the Patronage of the Municipality and the Province of Pisa

"Science and Meditation: transcending the body"

The School of Spirituality saw a crowd of devotees gathered to celebrate with Pier Franco Marcenaro the Birthday of Sant Kirpal Singh
former President of the "World Fellowship of Religions", now widely considered one of the greatest Masters of spirituality and life of all times
(Parma, February 2015).

Aula Magna of the University of Genua

Under the Patronage of the Municipality and the Province of Genua.

The many spiritual researchers fill the Main Hall of the University of Genua (Genua, 18 - 19 October 2014). 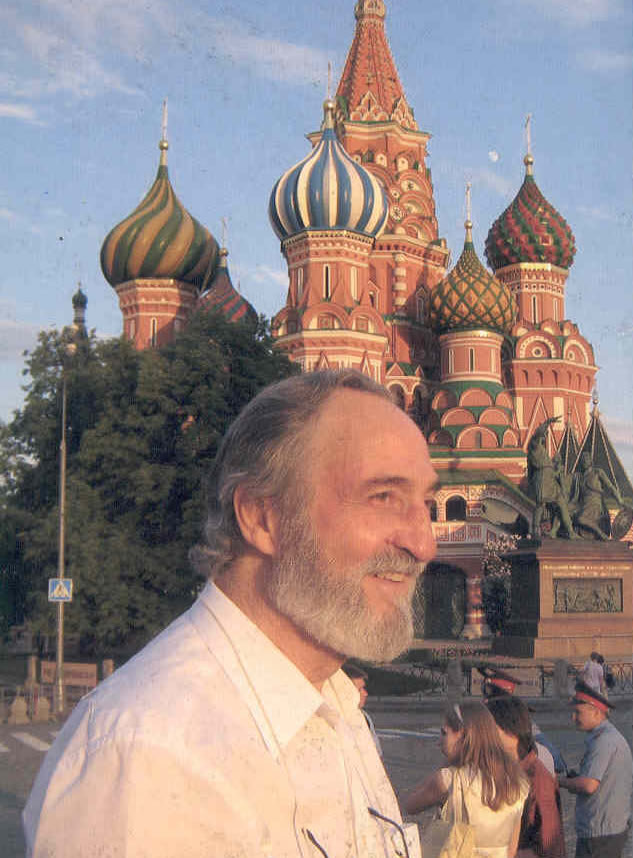 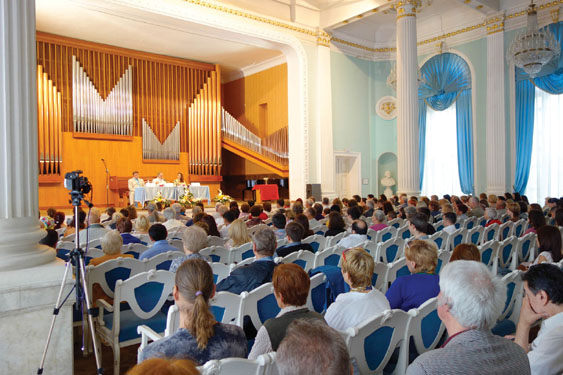 The many spiritual researchers gathered into the imposing “Hall of Organo”of Kishinev, Moldova. 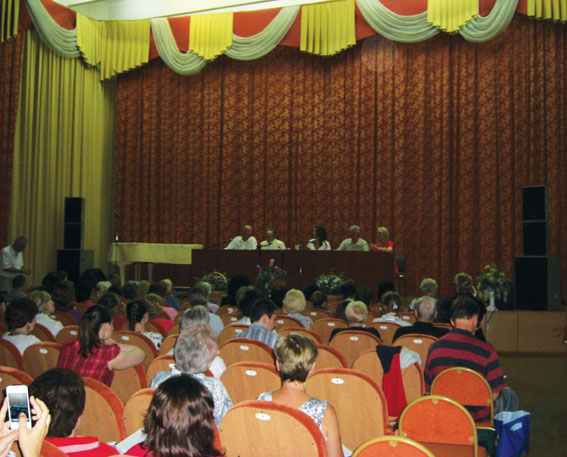 Pier Franco Marcenaro addressing the many interested people gathered in the large Hall of the FALK Culture Building in Moscow. 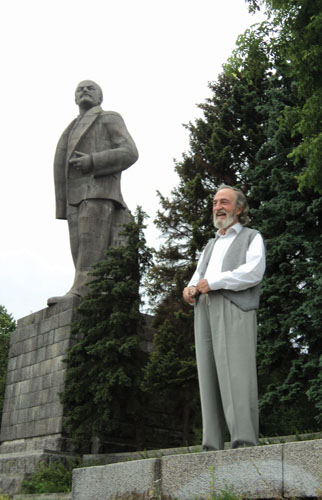 "Me & Lenin": in Dubna, by the pharaonic statue of Lenin, at the beginning of the large Volga-Moscow ship canal, a grand work decided by Stalin. 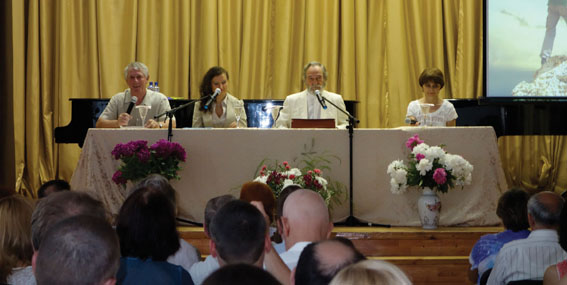 Initiation to Meditation in Dubna (Russia), the “City of Science”.
Master instructing 56 new disciples: 24 of them saw the Radiant Form of the Master and 3 heard the Sound of the Fifth Plane (Paradise Superior). 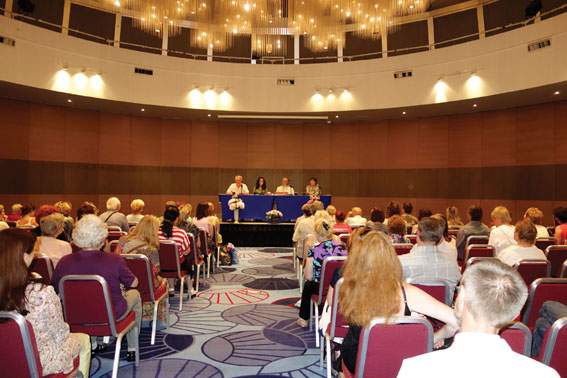 This trip, which lasted one month, gave notable results: 316 new souls initiated into the Divine Path that leads back to the House of the Father. 77 of them contemplated at their first meditation the Form of the Master and 13 listened to the Sound similar to that of the bagpipes, coming from the Fifth Plane, the Superior Paradise, the Sach Khand (the Kingdom of Truth) according to Guru Nanak, called the True House of the Father by Christ.
But the importance of the trip lies also in the fact that the Master brought, to the places visited and to the disciples coming from other cities and nations, a wave of devotion and Spirituality that will continue to develop in time, giving other ample fruits.

Those who accompanied Master Pier Franco Marcenaro on his trip were: his wife Anna Rita Federigi, who in particular took care of what concerned his wardrobe and the luggage necessary for the long trip, the stay in the various cities and the public Conferences; Giuseppina Sandei, from the Parma Man Center, took care of the Master’s meals and of his outings, using the resources offered in the places visited and also brought from Italy; and Tatiana Savelcova, from the Reggio Emilia Center, who was the interpreter during the trip, the Conferences, and during the Master's instructions to the Initiation into the Path of the Spirit. Her translating was also useful during the many personal counselings the Master gave almost every evening, sometimes until late at night, to the ones who needed to clear up aspects of the Divine Path, resolve problems related to their spiritual and social life or simply receive the comfort and the merciful radiations of his glances of grace. These were indispensable duties that all three carried out with great devotion and care, also patiently withstanding the discomforts and inconveniences that are always present on such occasions, contributing in this way to the full success of the trip.

When the Master visits a certain place, all those who have the fortune of being there present must try to gain the maximum benefit from the loving radiation of his physical presence.

“As long as you have with you the Light, believe in the Light, to be Children of the Light.” (Christ)

Under the Patronage of the Municipality and the Province of Milan.

Under the Patronage of the Municipality and the Province of Venice. 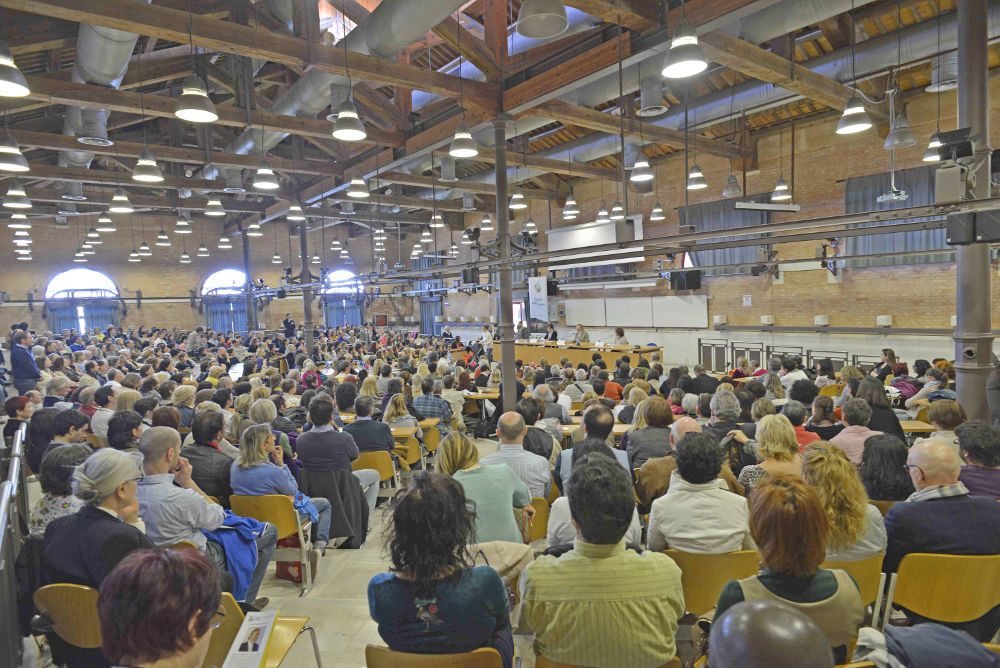 A crowd of interested spiritual researchers fills the Main Hall of the University of Venice during Pier Franco Marcenaro's Conference
(Venice, 14 April 2013).

Thanks to the great attendance and response to the conferences, follow-up courses were organized by the local Center to deepen the subject.

Under the Patronage of the Municipality and the Province of Vicenza, Pier Franco Macenaro held, with grest success, two Conferences on the subject "The experience of the spirit in our time". After the Conferences a good number of people started attending the follow-up course organized to deepen the subject.

On 27 and 28 September Pier Franco Marcenaro successfully held two Conferences on the experience of the Spirit in our time and on the teachings of the various traditions.

Pier Franco Marcenaro held two Conferences in Parma (20 April) and Reggio Emilia (18 May), organized by the local Seats of Man Center, whose topics were the spiritual research and how to make one's life happier and more harmonious.
The events had such good results that a good number of people applied to the courses which were inmediately set up.

Under the Patronage of the City and the Province, Pier Franco Marcenaro held two Conferences in Rovigo in September 2007 with great public attendance.

In May and June 2007 Pier Franco Marcenaro visited Moldavia and Russia where with the grace of God he was very successful.

In the afternoon of 16 May, he arrived from Florence by plane in Kishinev, the capital of Moldavia, that he had already visited with great success in 2001. A hundred celebrating people, together with the Representative of Moldavia, Ion Fabian, and his collaborators were waiting for him at the airport. Pier Franco Marcenaro gave a brief speech of greeting to all of them at the airport, before proceeding to his hotel. On Saturday, May 19, he then spoke to a vast attentive audience in the prestigious "Hall of the Organ". Starting from his arrival in Kishinev, every night he held Meetings with talks at the House of Culture, with the participation of large groups of people. He also met three people from Brasov, a city in Romania, where a new Center has now been formed.

In the evening of May 23, he left Kishinev for Moscow. A large group of people accompanied him to the airport for an emotional good bye. In Moscow, where he was visiting the local Man Center for the first time, he was received by people coming from various other Russian cities and he was hosted, together with his group, by the Group Leader of the city. On Saturday 27 May, he spoke in the "Semionovski Hall" of the Russian capital. During the following days he then conducted meetings and gave talks to the numerous people.

On May 30, accompanied to the airport by many people, he left by plane for St. Petersburg, the ancient winter residence of the Czars situated on the Baltic Sea, where he was received by Dora Hoagland, his Representative for Russia, and by her collaborator, Galina Koroleva. Also many people from Dubna, Murmansk, Soci, Ucta, Voronesh and other Russian cities were present. In the afternoon, on Saturday, June 3, he spoke in the hall of the Hotel of the Baltic Countries. Every evening he held Meetings, talks and interviews. In the afternoon, on 6 June 2007, he was accompanied by a group of loving, moved people to the airport, where he left for Florence.

Thus ended this fruitful visit of three weeks in the Eastern Countries. Overall, the presence of the Master left an indelible trace of love in the people who received his words.

Under the care of the Milan's Man Center and with the collaboration of the Monza's Center two Conferences were held on the 21 and 22 April 2007, by Pier Franco Marcenaro in Sesto S. Giovanni (Milan). After the Conferences a free Course began for the many interested people who wished to deepen the subjects treated during the Conferences.

Pier Franco Marcenaro's visit to Colombia, which took place in the month of February 2007, gave results beyond all expectations, with the grace of the Lord. In fact, altogether 207 people were placed on the Path of Spirituality.

He arrived on 31st January in Bogotá, where he held the first Conference in the afternoon of Saturday 3rd February in the vast modern auditorium of the city's Chamber of Commerce. The participation of the public was so vast that the capacity of the hall, maximum 450 people, was fully reached. About 100 people could not attend the Conference, so the Master decided to schedule a second Conference for them on Saturday 24th February. Several Meetings with talks and meditation were also held at his Residence.

On 7th February Pier Franco Marcenaro left by air for Santa Marta, where a Conference was held in the afternoon of Saturday 10th in the "San Juan" Cultural Center of the University of Magdalena. Such a large number of people came that the hall was completely full. Once again more than 100 people had to be stopped at the entrance. The persons that left their contacts were notified on the successive Conference that was organised for them in the same place on Saturday 17th February. Several Meetings with talks and meditation were held during his stay, with a large attendance.

On 21 February the Master left by plane for Bogotá, where he held a second Conference, as established, on Saturday 24th at the "Casa Coloniale" of the Parco Cedro Golf. Also this time the hall was full.