This section offers excerpts from the book of questions and answers "Drops of Nectar" by Pier Franco Marcenaro.

Once there was a disciple who went to the Master and said: Master, I have seen so much suffering in the world that I have decided to abandon meditation and go and help others to try to ease their pain". The Master looks at him for a second and smiling simply said: "People of the world suffer just because they don't meditate and you want to abandon meditation to ease their pain? If everybody meditated, the cause of all sufferings would rapidily be eliminated”.

Meditation, according to the spiritual meaning of the term, is not a process of the mind, but of the spirit. It goes through two stages: the preliminary one which can be defined as concentration, and the final one which can be called contemplation. Contemplation consists of gathering our attention with devotion in God, and raising it to one's own focal Center in the body. Mystics, Saints and Masters call this Center with different names. Christ calls it the single eye (aplus in the Greek text, Mathew 6:22) and St. Agustin calls it the "eye of the soul" (Confessions 7:10), while in the East it is called the third eye, or "tenth door" in order to distinguish it from the nine openings of the body (eyes, ears, nostrils, mouth and the two lower openings) tied to the plane of the senses.
With the awakening of the "eye of the soul" or inner eye, the human soul may contemplate the Light of God, an experience which is common to the major mystics and Saints, both Christians and non-Christians of the East and the Middle East. Thus all the Scriptures affirm that God is Light. Saint Agustin and many other Saints actually speak about the manifestation of God as Light.
The human soul also has an inner ear with which it can tune into the Divine Power or Word vibrating in the entire creation, the sacred creative Sound. The Divine manifestation (or Holy Ghost), in the two forms of Celestial Light and Sound, was experienced by the Apostles at Pentecost (Acts 2:2-4).

After understanding the importance of knowing oneself, what further steps must one take upon the Path toward God?

Our body and the physical plane are important only because they are the dwelling of the soul: through them one must find the Way upwards by knowing oneself first and then the Divinity. Your answer to the question about existence and the need to turn within is therefore exact, and it is a bit the summary of the teachings of all the great Masters of the spirit that have come from time to time in different places.
Obviously the knowledge of oneself as indicated by the Masters is not of a physical or mental nature since the real Self is the divine spirit that lives in every living being. Also the means for knowing the Self can be none other than the one of spiritual nature. The meditation handed down by the Masters from remote epochs which has reached us with their grace consists in contemplating the inner Light and listening to the sacred omnipresent Sound, the two manifestations of God Power in expression, in order for the human soul to have the ability to "see" and "hear". This is also called the Holy Ghost, Word, Naam, Shabd, etc., by the different Scriptures.

Is perhaps meditation the food for the soul that the Scriptures talk about? And in order to practice it, is it indispensable to achieve a state of inner abandon?

We must follow the Path with a calm tranquil spirit. Meditation gives us full results if done starting with the correct degree of receptivity. Therefore we must place everything at the feet of God and the Master so that the time we dedicate to meditation is not disturbed by external thoughts or worries. Meditation is the Bread and the Water of the Life that all the Scriptures talk about.

Does cultivating optimism and joy together with love and peace help during meditation?

Inner calm is to be cultivated together with love, and it is helped by a regular program of daily meditations. The difficulties in meditations cannot be overcome through discouragement. The Saints are the ones who were never discouraged. Only optimism gives us the strength and vibrations necessary for expanding our consciousness and placing us in tune with Everything. It is not the lack of experiences that generates discouragement but (even if it seems like a paradox) it is actually discouragement that blocks achievement of any experience. Therefore we should sit down with optimism, faith, joy, love and cheer: in this way all our energies will flow automatically upwards and gather without effort at their focal Center, taking us rapidly into the presence of the Light of God.

Is the experience of the Holy Ghost received by the Apostles similar to experiences present in other traditions and can it be a basis for meditation?

On the day of Pentecost the Apostles achieved Divine Knowledge by means of the Holy Ghost, or God Power in expression, which manifested itself to them as a flaming Light and a strong Sound of wind. This double Divine manifestation, Celestial Light and Sound, is also present in the spiritual experiences of the major mystics and Saints of various traditions. Nanak, the founder of the Sikh religion, wrote, "Within you is the Light and within the Light is the Sound and they shall unite you with God." The practical meditation taught by an authentic Master consists in putting oneself into contact with these two Divine Principles, Celestial Light and Sound, and staying there as long as possible. The instructions for meditation are not given in detail in books. Books usually only give us a hint about the procedure. Meditation instructions are traditionally passed on verbally from Master to Master and then accurately imparted by them to their disciples.

Did Christ teach meditation and impart specific teachings about the spiritual Path, or did he only give a moral and social message to his followers?

Various Masters from the past brought a double message. The first one, for the greater public, contained teachings of moral and social character for the betterment of the life of man and society. The second one was reserved for a few chosen disciples containing deeper teachings of an inner spiritual character. This is the reason why Christ affirmed, Many are called but few are chosen, and Buddha said that among millions of men on the Path only one reaches Knowledge.
In the Gospels there is no specific reference made to meditation. We know that Christ spent a lot of time in meditation, during his stay in the desert, and he meditated and prayed at night. The precise reference to meditation on the inner eye cannot escape to the careful seeker when Christ says "The light of the body is the eye. If your eye is single (aplus in the Greek text) your whole body shall fill with Light" (Mathew 6:22). The cross traced with the sacred chrism on the forehead at the moment of Confirmation, gives witness to the importance attributed to this focal Center by the first Christians.
Christ opened the doors of inner experience only to a few. On the day of Pentecost when the Holy Ghost was sent in the form of flaming Light and the Sound of celestial wind, only a few people besides the Apostles were benefited from this spiritual experience. Contact with the celestial Light and Sound has always distinguished the meditation taught by an authentic Master, or Master of the highest Order, no matter what tradition he belongs to.

What are the attributes of Divinity and how can we realize them?

The attributes that generally come together with Divinity are: Light, Love and Life. None of these three things can be summarized in a formula or described. They may only be grasped through personal experience and together they make up an indescribable Truth. Everything that can be described or enclosed in a form, a formula, etc., may not be attributed to the Divinity.
The invitation of all the Masters preceding us was to avoid any symbolism and to not remain prisoners of any exterior practice which only have the aim of developing the first steps of devotion. Truth is not something to excite your imagination but, rather, together with Love and the Life of the soul, it is something which can be experienced like a sea of indescribable bliss, Knowledge and peace. God manifests Himself to the soul in the primary forms of Celestial Light and Sound, with whose contact opens the road to the highest Knowledge: Knowledge of one's self and God. The human mind instead is responsible for the separation of man from God due to its nourishment by the ego.

Is it correct to use the term Master to define an authentic teacher of Spirituality?

The term "Master" in the field of Spirituality has been used for centuries all over the world and also in the Christian tradition, for example, by St. John of the Cross, and in the case of Master Eckhart, etc. Yet, in certain editions of the Bible we find the exhortation not to call anyone "Master" (the original says "Rabbi") and not to call anyone "Father" (Mathew 23:8-9), but today both of these terms are consolidated by a long tradition that has made them almost  irreplaceable. 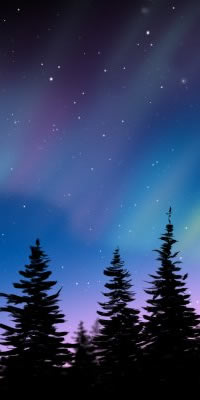